Sinclair is a massive fan of big and tough dogs, so getting a chihuahua was out of the question. But when he met Pickles the change of heart.

No to small dogs A man named Sinclair likes big and tough-looking dogs. He wants their next dog to be as tough as their pitbull mix named Merlin. However, Sinclair’s wife, Sheridan, wanted to adopt a tiny dog. She particularly had her heart set on a chihuahua.

When Sheridan’s birthday drew nearer, she thought it would be a good time to ask for a chihuahua as a birthday gift. Sinclair caved in but made it clear that he wouldn’t have anything to do with the dog. On their way to pick up the pup, Sinclair emphasized to Sheridan that the dog would be her responsibility.

Sinclair meets Pickles The couple ended up adopting Pickles, a sweet and tiny chihuahua. Pickles is a friendly and loving pup. Even Sinclair fell in love with her the moment they met. 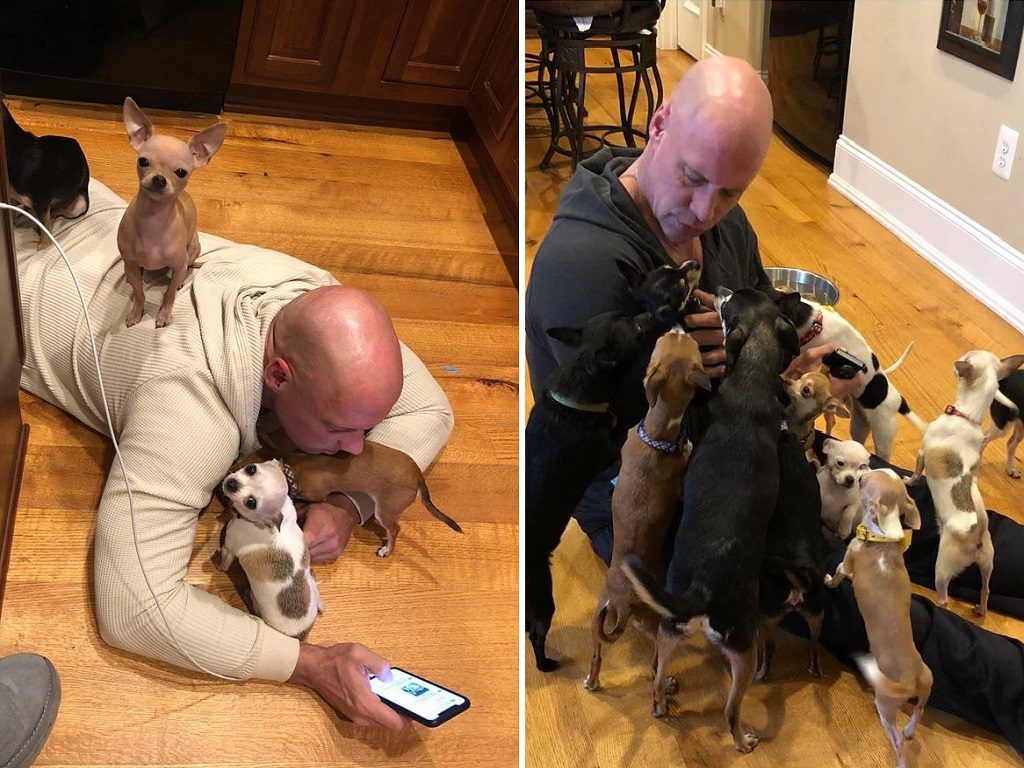 Surprisingly, Sinclair, a man who only wanted big dogs, was smitten by a tiny pup. He instantly became Pickles’ doting dad. Sinclair did everything for Pickles, from wiping off the mud from her paws, putting on a sweater when it’s cold, to tucking her to bed at night.

Pickles settled right in with her new family. With all the love she gets from her mom and dad, all she knew was to give that love back to them. She entertains them with her playfulness and silly, human-like expressions.

Pickles was also quick to make friends with Merlin. She may tinier in size compared to him, but she had the energy of a huge dog. Even Merlin could hardly keep up with Pickles’ vigor.

Sinclair and Pickles have formed such a bond with each other. Sinclair may have initially said he didn’t want small dogs, but he takes those words back. There’s no denying his love for this sweet girl. 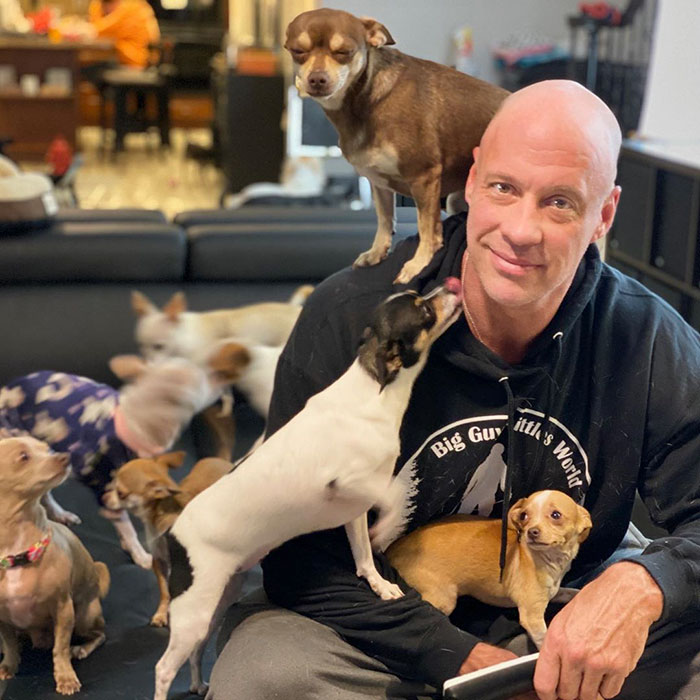 Turned Her Cat Yellow While Trying to Save Her Life!

Orphaned puppy is adopted by a CAT

20+ Sweet Animal Couples Who Will Make Single Souls Jealous Of

Our Morning Routine With 3 Giant Dogs A Cat And A Baby!! (SO CUTE!!)

20+ Animals That Have The Most Unbelievable Features Ever

Bees Love Cannabis And It Helps Save Their Dying Populations, Study Finds