The feeding habits of Europe’s largest terrestrial mammal impact a wide range of other wild animals and plants, as well as people. Bianca Stefanut of the Southern Carpathians rewilding team in Romania explains how these landscape architects enhance wild nature, and details some of the measures used to keep human-bison relations harmonious. 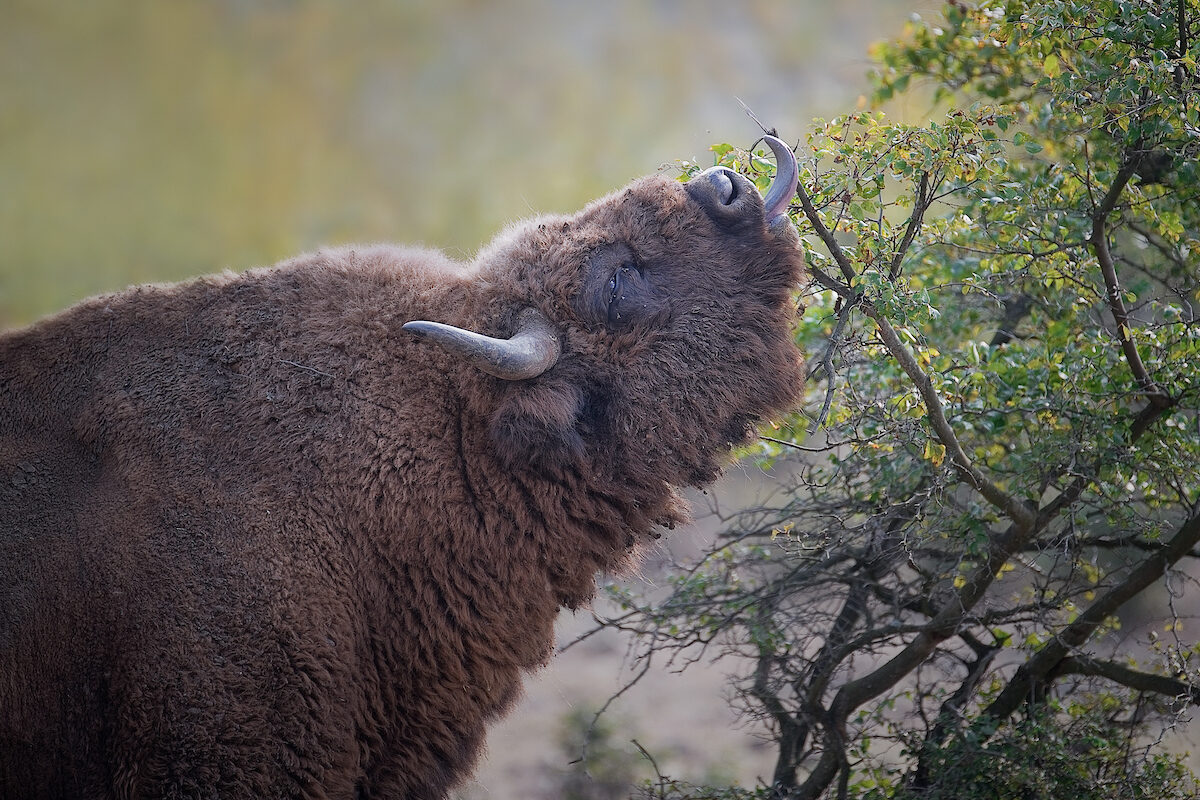 With its huge appetite, the European bison plays a keystone role in ecosystems and shapes the landscape it inhabits: STEFAN STEFANOV 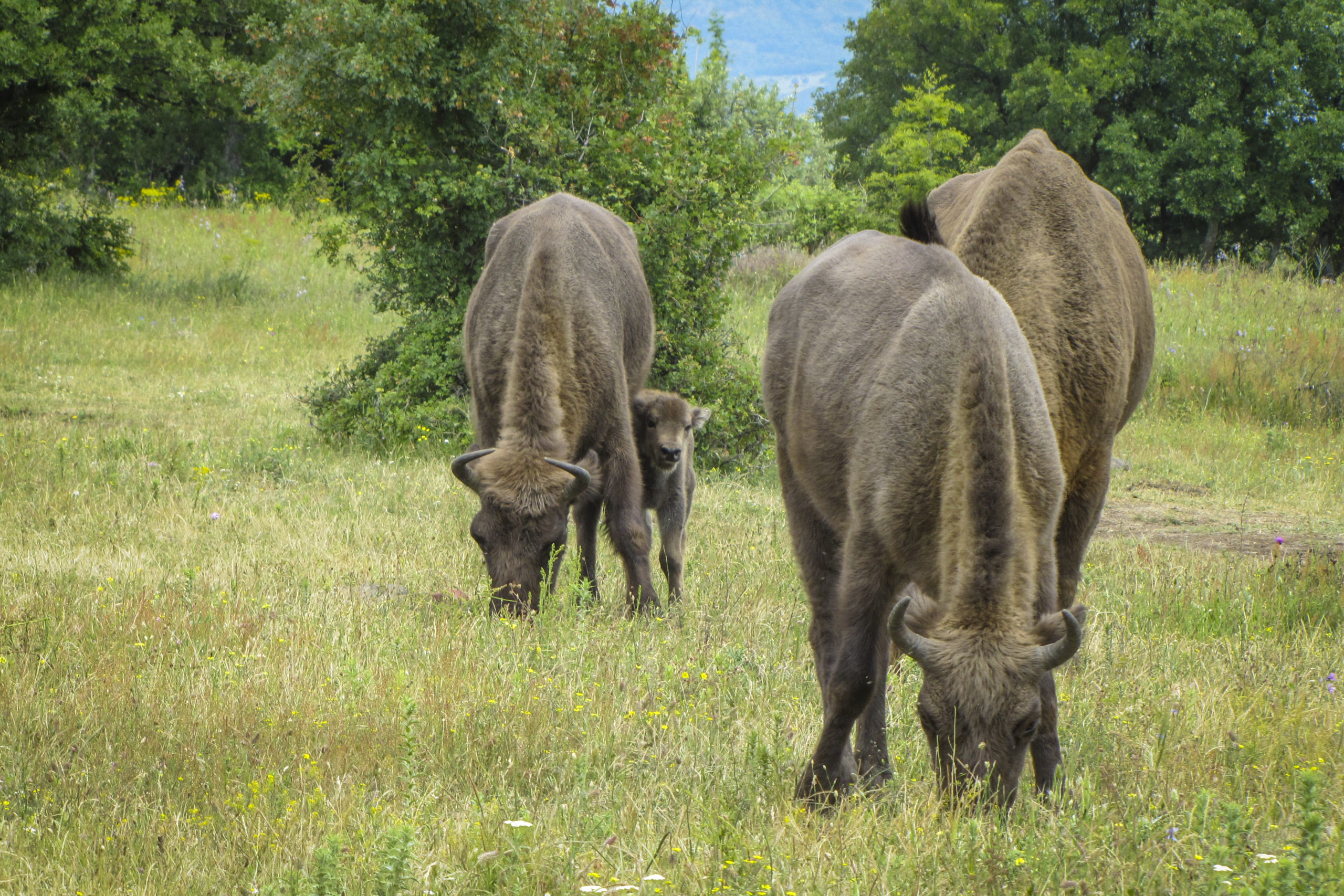 The European bison, Europe’s largest land animal, has an appetite to match its size – an adult male can consume an average of 32 kg of food every day in the summer. Being a ruminant (a herbivorous mammal that can acquire nutrients from plant-based food by fermenting it in its stomach), it can digest a wide range of plant-based food, including lignin, a complex organic polymer that, together with cellulose, forms the chief constituent of wood. This means it can digest bark, a specific adaptation of the animal to living in forested landscapes.

The diet of the European bison varies widely with the season. In spring it feeds mostly on young trees and shrubs, preferring willow, hornbeam and aspen. In the summer it consumes mostly grasses, shoots and young leaves. In winter, the consumption of shoots, seeds and bark increases significantly, with bison preferring the bark of hornbeam, ash and willow.

And a huge impact 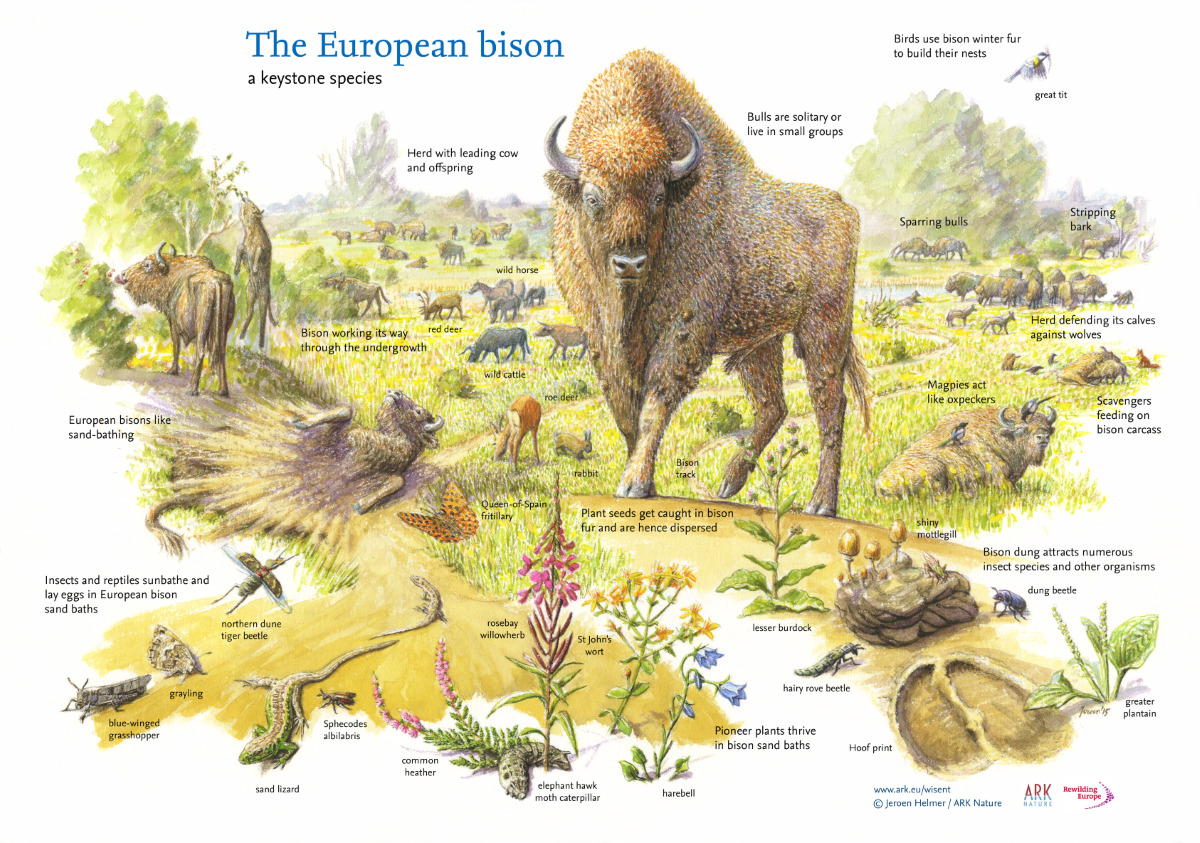 The European bison is a keystone species since it plays a distinct ecological role in shaping the landscape it inhabits. In addition to consuming great quantities of grasses and feeding on shrubs, bison influence the vegetation by de-barking trees, breaking open dense undergrowth (simply by walking right through it) and creating bare soil patches (by wallowing), which allows pioneer plants to move in. In addition, bison disperse nutrients (dung) and seeds across their territory (they scatter over 200 species of plants, which helps to increase floral biodiversity and supports pollinators). Breeding birds use bison winter fur as nesting material, and magpies follow the bison herd to pick off ticks and other parasites. According to Poelarends et al. (2012), nearly 600 invertebrate and vertebrate animals benefit from the presence of bison.

Rewilding Europe and WWF Romania have been reintroducing European bison into the Southern Carpathians rewilding area in Romania since 2014. Today, the largest population of bison in Romania – numbering between 63 and 67 animals – is located here. The aim is to create a viable population that breeds in the wild and supports a thriving wild nature and nature-based economy, with the latter providing growing economic opportunities for local communities. 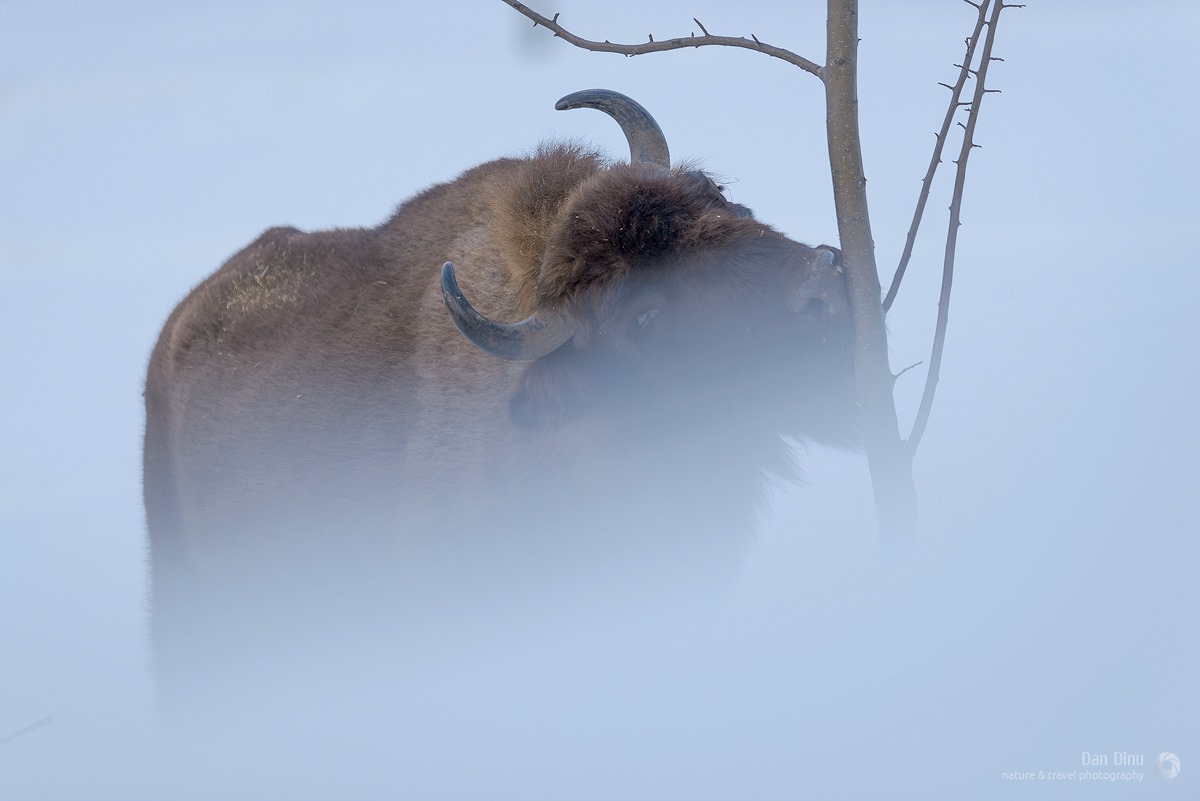 It has been established that the preferred habitat of European bison is a mosaic landscape of grassland and forest, which is the habitat the animals enjoy in the Southern Carpathians. Of the free-ranging populations of European bison reintroduced into forest habitats, more than half have expanded their range into open grassland.

The boy is sleeping with the Dog-Sleeping With Your Dog In Your Bed Is Actually Really Good For Y...

Amazing Spectacle! Mother Crocodile Jump Into The Air To Punish Eagle To Keep Her Baby Safe

Amazing!! Interesting images where animals save other animals!