About 4 years ago, Jack went missing from his back yard in Ontario, Canada. He was gone without a trace, and his dad, Mike Plas, feared the worst.

Plas searched every inch of the area for any signs of his missing best friend. He put the word out on social media, put up flyers, and explored every avenue he could think of in order to find his beloved pup.
“I did posts on social media, put up flyers, talked to people around the community and walked around the bushes and highway looking for signs.”- Plas
After weeks of searching for his furry sidekick, he began to think he had disappeared for good. Though he couldn’t bear the thought of a life without Jack, he knew that it was time to move on. 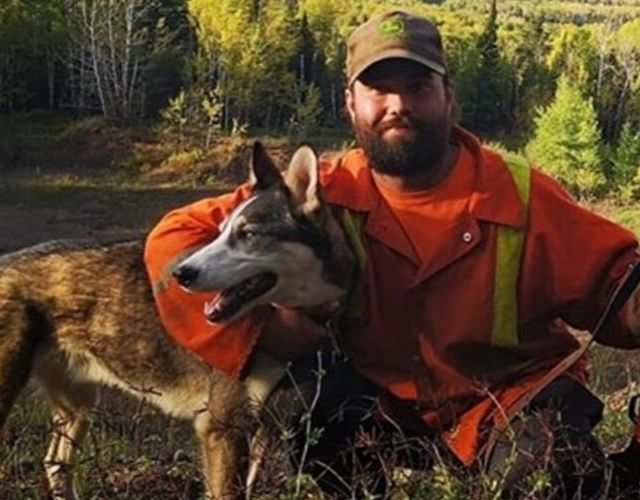 Even as the years passed him by, he still never lost hope. He found himself thinking about Jack often, and just couldn’t shake the feeling that he was still out there.
In what seemed like a stroke of fate, Mike Plas received an incredible phone call at work. Jack had been found, and he was alive and well.
Jack had somehow ended up 8 miles away from his original home during his 4 year long journey. Jack was seen wandering down a road near a local animal clinic, where he was brought in and scanned for a micro-chip. The clinic staff called Plas immediately, and were blown away when he told them just how long they had been separated. 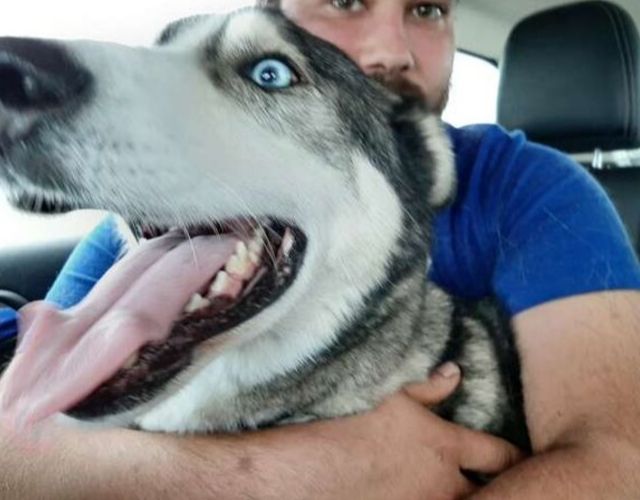 Plas rushed to the clinic where his sweet boy was waiting, just counting down the minutes until he could hug his BFF again.
Once he locked eyes with his long lost friend, it was obvious that the two had a bond that no amount of time could break.
Jack ran to his dad as fast as he could, and began to cry with excitement. Jack smothered his dad in kisses, as if he was making up for lost time. It was an absolutely moving reunion.

The two are back home now and soaking up every second of their time together.

“I got a big piece of my life back that I never healed from.” – Plas

Aside from this being a beautiful story of a special bond between a man and his pup, is an example of just how important it is to get your pets micro-chipped. It was because of Jack’s microchip that they were reunited, and how so many pups will continue to be reunited with their worried parents. If you have yet to get your furry friend micro-chipped, it’s definitely time to consider!

20+ Animals That Have The Most Unbelievable Features Ever

Meet The Rosefinches, The Little Birds With A Gorgeous Pink Coloring (Gallery)

10 Breathtaking Places To Visit While In USA

20 Delightful Pictures Of Animal Parents With Their Babies

A squirrel begged a man to help her baby, who was in trouble

These Birds Clean These Animals For Free

The Smallest Parrot you have ever seen